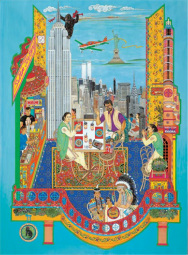 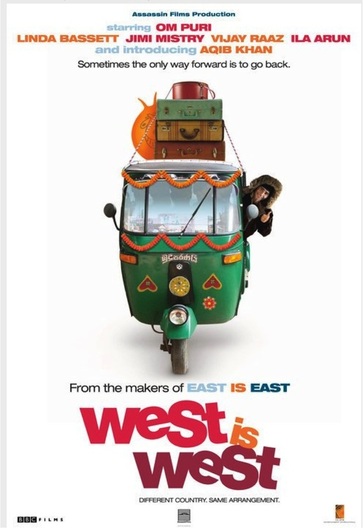 West is West
An advertising poster of the 2010, British film West is West. This film is a sequel to the 1999 film East is East.  Both films reveal the lives of a Pakistani family, and the issues they face living in the north of England during the 1970’s. Robin Cohen explains that diasporas have ‘a collective memory and myth about the homeland, including its location, history, suffering and achievements’ (2008: 17).  In the film, George Khan takes his son back to Pakistan, in order to discipline him to become a respectful Muslim boy. This plays upon Cohen’s diasporic notion of the memory and myth of the homeland as a place which instils discipline and non-westernised teachings of life. 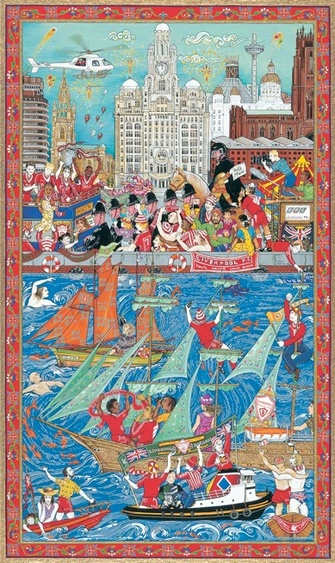 The Singh Twins' Liverpool
The image shows the artwork, ‘Painting the Town Red’ by the Singh twins of Liverpool. Paul Gilroy speaks of diaspora as being a ‘duality of consciousness’, a sense of being ‘home away from home’, maintaining transnational ties in a positive way (see Vertovec 2000: 147). Diaspora is also the idea of living inside but with a difference, highlighting the connection with a traditional culture but also the adaption and integration within the new community (Clifford 1994: 308). The fact that the Asian family in the image are integrated within the host community, taking on the ‘others’’ practices and values, but also keeping their own historical/ cultural identity, highlights the idea of ‘bothness’ presented here. 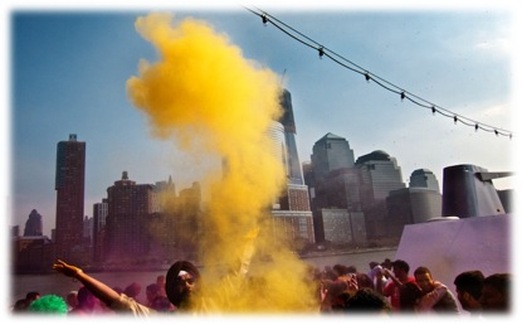 NY Holi
In this picture, you can see a cloud of coloured powder in the foreground, and the New York City skyline in the background – obviously, these people are celebrating Holi, and to me it seems to illustrate the success and acceptance of migration across the world.  Ballantyne (2006: 123) notes that bhangra has “played a central role in the cultural life of diasporic South Asians in the United Kingdom”, and I think that Holi can do the same for the South Asian diaspora more generally. 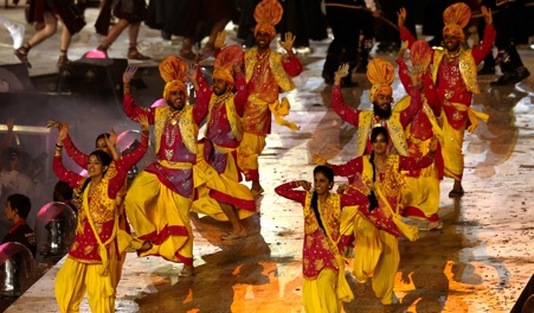 Bhangra at the Games
The interlocking of Western culture and music with the ‘diaspora music’ of bhangra is brought to life in the inclusion of bhangra in the closing ceremony of the London 2012 Olympic Games.  Bhangra song and dance originates from the Punjab region of India and has been ‘a prominent element in the creation of a Punjabi regional identity in the wake of partition; played a central role in the cultural life of diasporic South Asians in the United Kingdom; and functioned as a flexible expressive form that has connected the various Punjabi communities into a shared, if highly uneven, cultural space’ (Ballantyne 2006: 123). 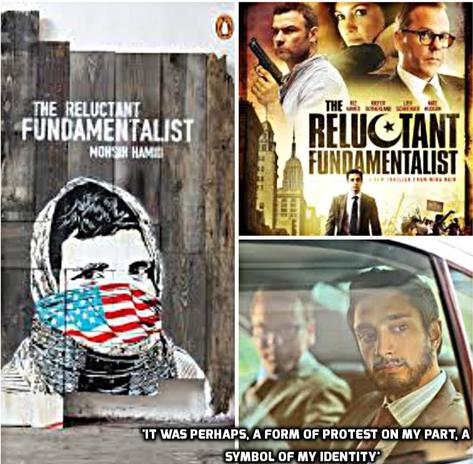 The Reluctant Fundamentalist
The images on display represent an excellent contrast in showing the development of diasporic identity and the tension that can result from this. Taken from the novel and film The Reluctant Fundamentalist we can see the development of Changez who initially engages in a hybrid manner with American culture, conforming to Cohen’s notion of a ‘deterritorialised diaspora’, (Cohen, 2008: 123) due to his ‘frequently changing cultural interactions’ (Cohen, 2008: 123).  Yet, Post 9/11 Changez grows a beard as an act of defiance as a means to conform to his portrayal of, as Khan calls it an ‘alien’ in society (Khan, 2006:183). 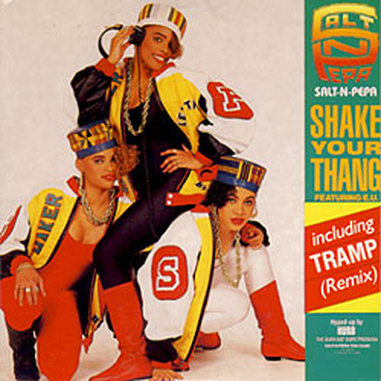 Salt-n-Pepa
The image of the first all-female hip hop artists, Cherly ‘Salt’ James, Sandy ‘Pepa’ Denton and Dee Dee ‘DJ Spinderella’ Roper is not just an image of 80’s fashion and music but of hybridity associated with diaspora consciousness. Their decision to wear the kente print kufi hats of West African tradition highlights the ‘cultural mixture’[1] that is experienced by those in a diaspora. Gilroys’ Black Atlantic shows the framework in which black communities use their ‘several interlocking histories and cultures’[2] to produce a new identity. This new identity can be used to challenge society’s views of gender and culture