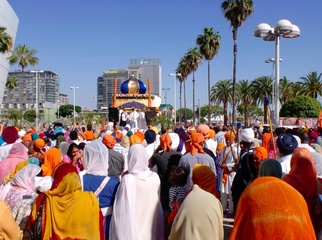 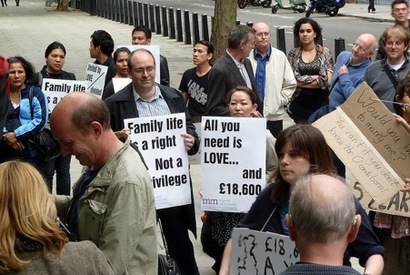 This image provokes a debate about migration laws in the UK and views on immigration around the world. This image was taken during the summer of 2012. On July 9th the laws were changed so that people could not bring their non-EEA (European economic area) loved ones to the UK due to the introduction of a new income threshold for the UK- based sponsor.  Even if they are elderly dependant, husbands or wives they are not allowed into the UK if their relative does not earn more than £18,600. This image clearly relates to the concept of migration, specifically outside the EEA including areas such as South Asia.