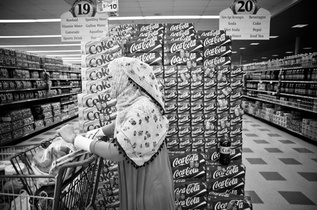 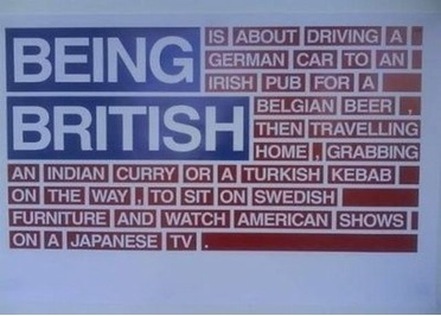 Being British
Peggy Levitt states that “more and more we live in a world in which people embrace multiple identities and turn to a variety of institutions around the globe to claim them” (Levitt 2010: 39).  The image suggests that it is impossible to ignore how both products, such as cars for example, and conceptual products such as cultures have travelled via transnational networks and have become part of British everyday life. Assisted by developments in transportation, technology and communications, globalisation has managed to ensure a higher ‘extent, intensity, velocity and impact of global interconnectedness across a broad range of human domains’ (Vertovec 2009: 2). Today, transnationalism is very much associated with globalisation and the mobility of Diasporas. Migration creates networks of ‘nodes and hubs’ which are then used to transport information, goods and cultures transnationally. 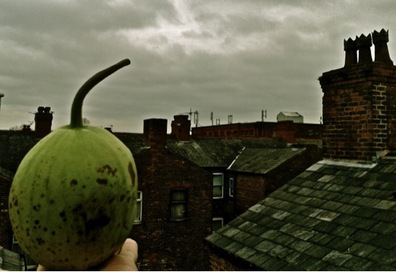 Dudhi Capital
Whilst this vegetable may be familiar to some, to many it will be totally alien. Although the dudhi is not native to European climates one will find it in many shops that cater to 'ethnic' cuisines. Its presence in the supermarkets of Manchester indicates transnationalism, since without the “cross-border relationships” and “patterns of exchange” (Vertovec & Cohen 2002: 3) within transnational kinship networks that Vertovec discusses, the availability of multi-ethnic items would be majorly hindered, due to the lack of state action and assistance, a defining factor of transnationalism. It is only with the organic nature of social capital and the trust-based relationships relied on by and defining transnationalism that the dudhi finds its way to supermarkets in Rusholme on a consistent basis for both immigrants and British natives to enjoy. 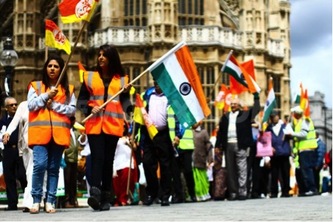 Baba Ramdev in Parliament Square
Steve Vertovec claims that transnationalism is displayed in migrant’s engagement with “homeland politics” (Vertovec 2009: 93). These people in London are protesting about corruption in India, inspired by the guru Baba Ramdev.  The protestors are linked in non-hierarchical, horizontal networks which participate within an “ex-centric communicative circuitry” (Gilroy 1999: 211). The networks of communication, for example, the transmission of the news of Ramdev’s fast and the organisation of this protest in Parliament square, is a result of the developments of technology and globalisation, i.e. Facebook groups and events. Using Levitt’s "transnational optic" (Levitt 2010: 2), this horizontal network is not restricted by ‘nation-state’ borders. The continued affiliation with the migrants place of origin demonstrates “a transnational way of being” (Levitt 2010: 42) in, as Cohen defines, a “deterritorialised nation.” (Cohen 2007: 123)